What have the Romans ever done for us?

Maybe the Romans can  fairly claim the credit for spreading the aqueduct from Portugal to the Middle East, but the voussoir arch, typical of Roman aqueduct construction, did not originate with them.

The first known voussoir arches were constructed by the Etruscans who occupied the regions north of Rome (including Tuscany, western Umbria and northern Latium) from before 700 BC to 264 BC, when they were absorbed in the Roman Empire.

There are at least two surviving Etruscan arches in Perugia, the most well known being the Augustus or Etruscan Arch, dating from the 3rd century BC. 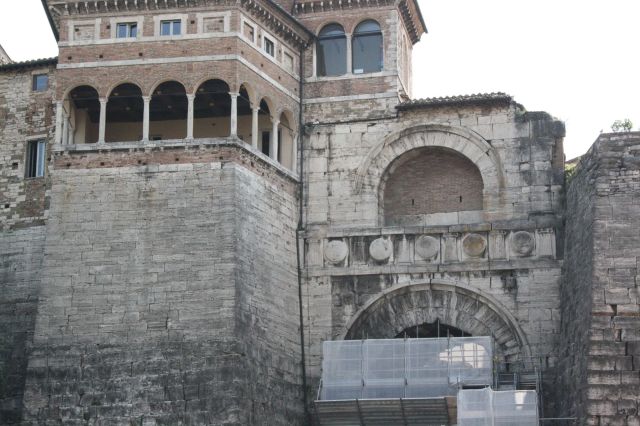 The other is the Porta Marzia, also dating from the 3rd Century BC.

1 Response to What have the Romans ever done for us?