Two of my daughter’s short films are now available on the Web:

In a dystopian future, two men meet in an underground tunnel for an exchange of stolen goods.

Liam lives in the stacks, making small black market deals and dreaming of getting out of the city walls. The natural world is a distant memory for those who live in the slums of the city and the passes out are restricted to those with money. Conrad is young, rich and brash and thinks he can buy anything he wants. To him the world is there for his taking and those who aren’t as well off as him are just lazy.

Conrad has promised Liam a way out of the city and a better status in life, middle class status. The upgrade will give him a clean room, a small pension and a cremation service. For this and the transport pass Liam manages to steal an item for Conrad that he has been coveting.

The exchange seems set to give both parties what they want until Liam realises that Conrad has only come through on part of his deal. Ignoring Liam’s desperation and actual needs leads to a heated situation and neither party will leave with what they came for. 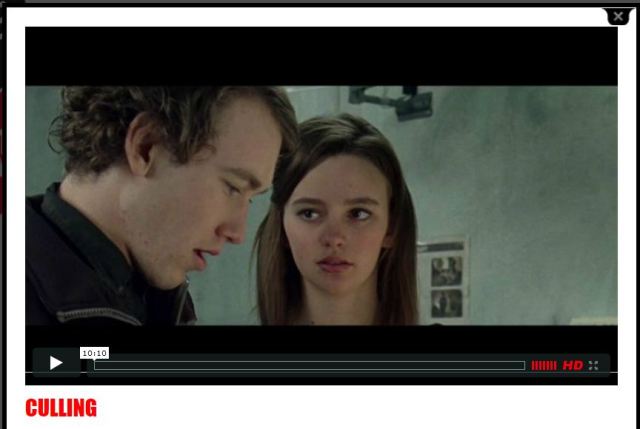 *This film can only be viewed within Australia

In an irradiated subterranean future where the unproductive are marked for death, a young man faces a terrifying choice between his duty to his father and his feelings for the girl he is supposed to terminate.

This entry was posted in Bach, Films and tagged AFTRS, Culling, Precious. Bookmark the permalink.