Leonardo, lenses and the earliest photograph?

Walking around Venice I had seen a large poster for a Leonardo Da Vinci exhibition, with no details of locations or dates, and on the Internet the only links were to exhibitions from previous years, but arriving in Florence I discovered that the exhibition was located at Via Cavour, 21, which just happened to be exactly the same address as the excellent hotel we were staying at.

Amongst the exhibits were devices making use of glass lenses:

and a device for accurate drawing of perspective: 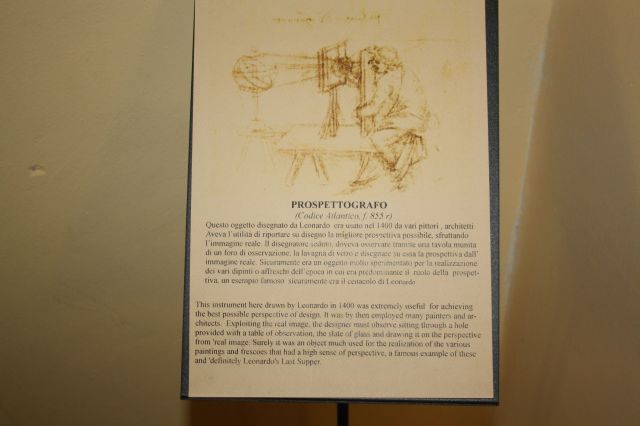 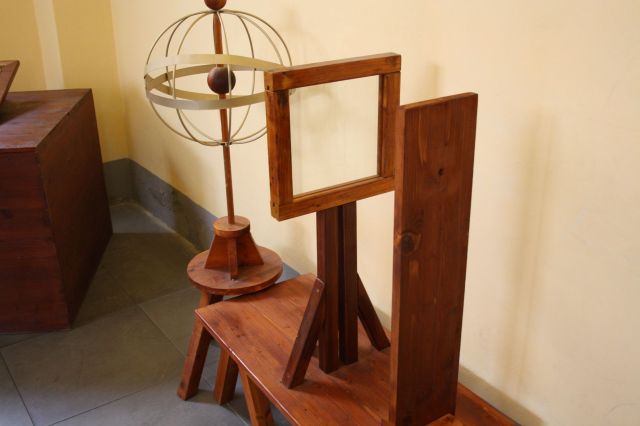 These machines show the fascination of Da Vinci with the use and properties of light, and the production of anatomically perfect images of the human body, which supports the hypothesis that he was responsible for the famous Shroud of Turin.  It is suggested that this image is in fact of Leonardo’s own face, and is the first photographic image.  Further evidence is provided in this You Tube video:

Of course, not everybody agrees.  This link: Leonardo Da Vinci and the Shroud of Turin provides a somewhat selective skepticism about the Leonardo hypothesis, suggesting instead:

The most popular theory is the “scorch” or “thermonuclear radiation” theory. Advocates of this idea suggest that the intense light and heat generated by Christ’s body at the moment of resurrection might have burned his image into the cloth, much as “permanent shadows” of men in Hiroshima were burned into walls and other surfaces by the atomic explosion in 1945.