The question below was set in a VCE (high school exam) physics exam in Victoria Australia.  After the exam the question was discussed by a number of physics experts who failed to reach a concensus on what the correct answer was!

What do you think? 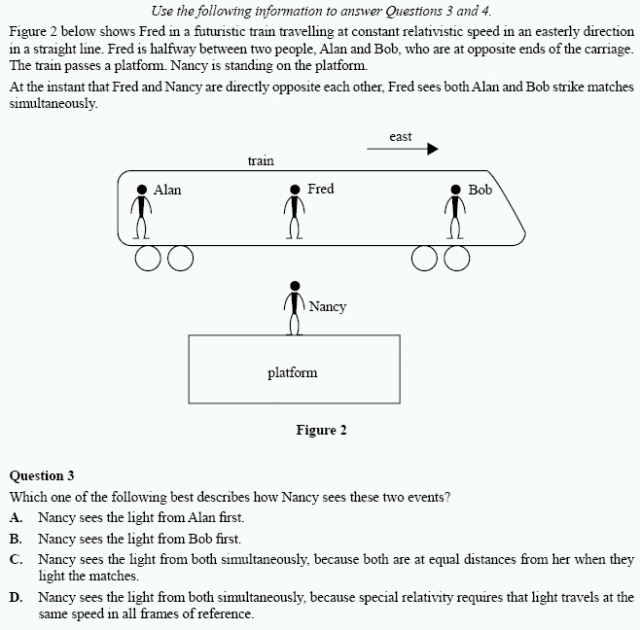 This entry was posted in Newton and tagged physics, puzzle, relativity, VCE. Bookmark the permalink.