A previous post discussed Robert Hooke’s solution for the optimum shape of an ach structure standing under its own weight:

“Ut pendet continuum flexile, sic stabit contiguum rigidum inversum”
which translates as:
“As hangs the flexible line, so but inverted will stand the rigid arch

This statement was written by Hooke as an anagram, and only solved and translated after his death.  I noted at the end that the anagram had been miscopied at some stage,  with the insertion of an extra “e”, and the miscopied version seemed to have been accepted as correct, even at a site with an image of the original version.

Looking more closely, there are actually three errors in the “standard version”:

This analysis was done with the aid of a spreadsheet to count the letters in the solved text: 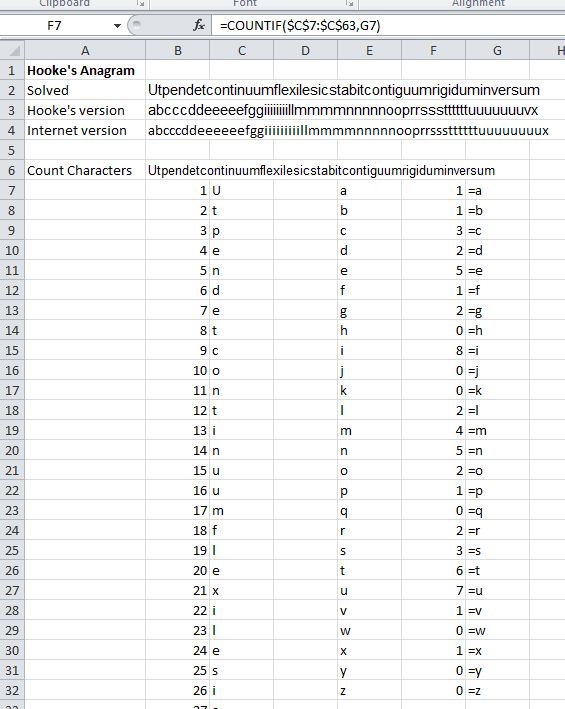 Doing a Google search on the Internet version gets 121 results

Searching on Hooke’s version gets just 3 hits, two to this site, and one to a rather strange site who have copied my words exactly, other than changing “I” to “we” in a couple of places.

3 Responses to Arches, anagrams and plagiarism