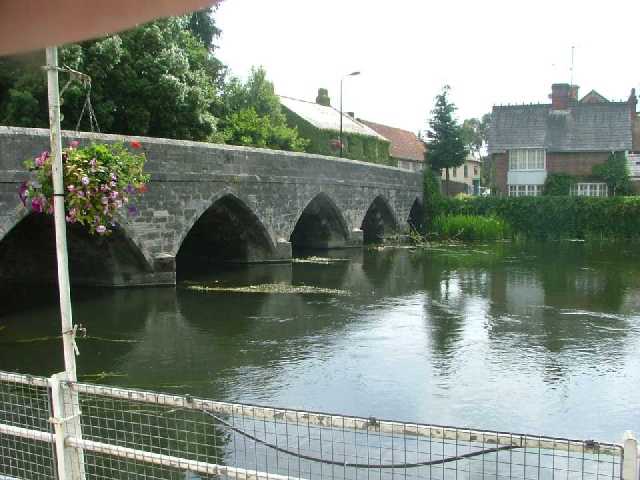 The gothic arches of this bridge bear a striking resemblance to the Admiral’s Bridge at Palermo, featured in the previous post, which made me wonder if there was any possibility of a connection between the builders of the two structures. According to Wikipedia the original bridge was built before 1252, when a grant was rewarded for its repair. Other sources give the age as about 1200, but it seems at least possible that the original structure was constructed substantially earlier than this.

The arches visible at the face of the structure are a 19th Century addition, but these were constructed with a slightly larger span, leaving the original structure clearly visible:

Unlike the bridge in Palermo, the Fordingbridge structure is still in unrestricted use, and carrying modern heavy vehicles.

Searching for bridges of a similar age and style in the region I found the Ayleswade Bridge, which is recorded as being built in c 1244, also known as the Harnham Bridge:

It perhaps seems fanciful to suggest that there might be any connection between structures built in England and in Sicily, but at the time of the construction of the Palermo bridge both England and Sicily were under Norman rule: