Following the previous post I have added similar functionality to the 3DFrame spreadsheet.  The new file can be downloaded from:

As before, see Installing C# dll files, reminder for details of installing the supplied dll files, which provide much better performance for large frames. If these are not installed the spreadsheet will default to the built in VBA solver.

For the 3D analysis I have modified the original beam properties, rather than inserting new hinge members.  This required more extensive changes to the code than for the 2D frame (which will be described in more detail in later posts), but allows the releases to be added without introducing additional freedoms.  For the 3DFrame spreadsheet provision has been added for translational spring releases, as well as rotation about any axis.  The data input for the spring releases is shown below:

Note that end releases are now specified relative to the member principal axes, rather than the global axes.

There are also minor changes to the load input screen: 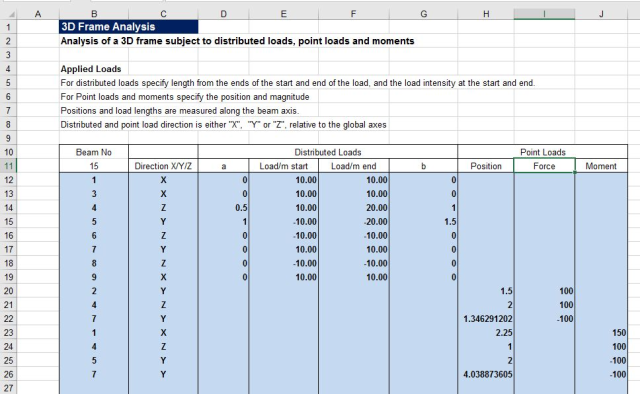 As in the previous version, there are three alternative solvers. The VBA version will work without installing any additional files, but is very slow for the large frames.

The download zip file includes a file comparing output with results from the commercial program Strand7, which shows near exact agreement:

The check analysis used the small frame shown below, with a variety of different loads and end releases, and including inclined and rotated frame members: 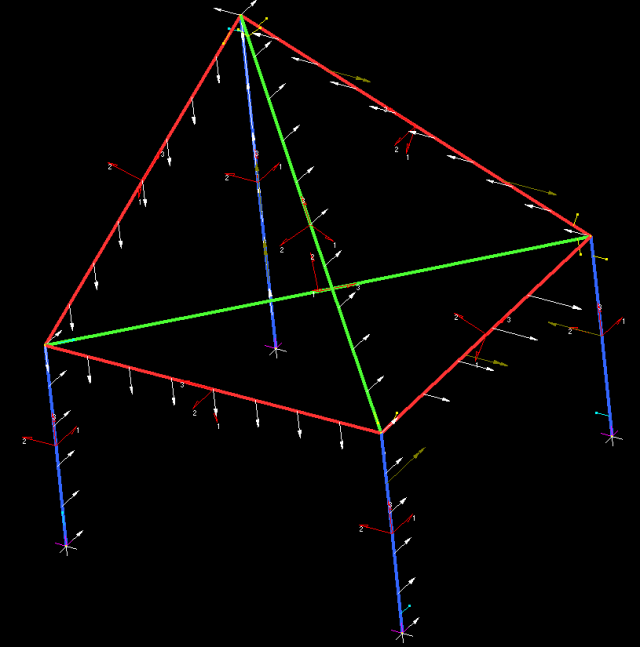 Graphical output from the spreadsheet is shown below: 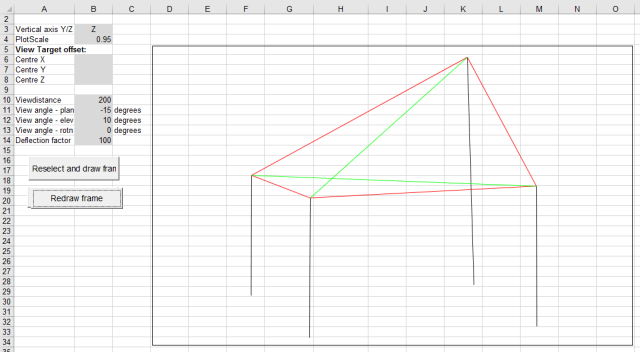 Beam actions or deflections can also be plotted along any selected beams:

The spreadsheet will also handle much larger frames, with the model shown below completing in about 15 seconds, using the sparse compiled solver (but note that the Excel drawing routines are painfully slow, with a re-draw of the display below taking several minutes). 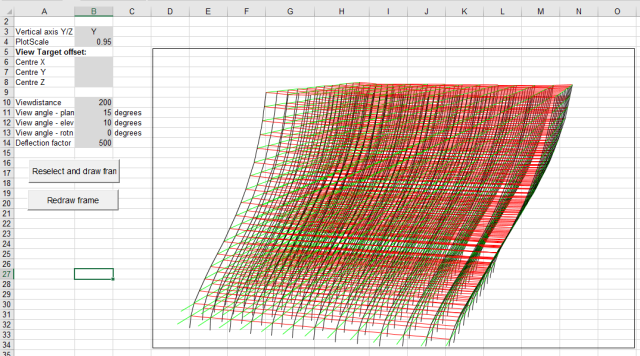 8 Responses to 3DFrame with spring releases