A previous post on laterally loaded piles used a finite difference analysis to analyse the deflections and forces in a vertical pile subject to a lateral load at the top.  An alternative approach to the same problem is presented in “Programming the Finite Element Method” by I.M. Smith and D.V. Griffiths, including Fortran code.  The main advantage of their approach is that the pile and soil stiffness values are treated as varying linearly between each node, rather than being constant over each segment.  Also the code provides for up to 6 integration points in each segment, allowing a smooth transition between elements with different properties.

I have converted the Fortran code to VBA, and incorporated it into the LatPile function presented previously.  The spreadsheet also includes a new function, BoEFA, with additional flexibility for specifying node constraints and variable segment lengths, and with sign conventions better suited to horizontal beams.  The spreadsheet, including full open source code, may be downloaded from LatPileB.zip

Screenshots below show typical input and output, including comparison of results of the same analysis in Strand7 FEA software.  Click on any image for a full size view. 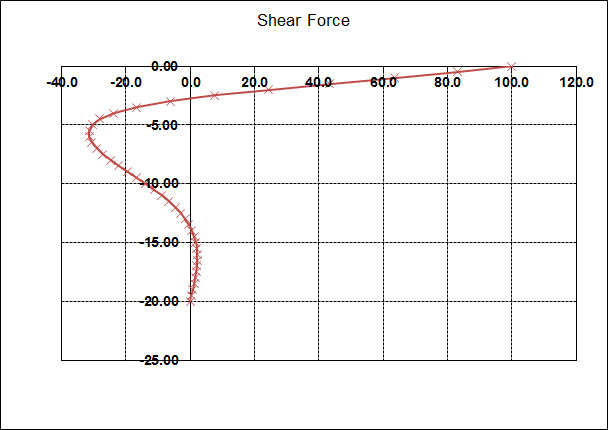 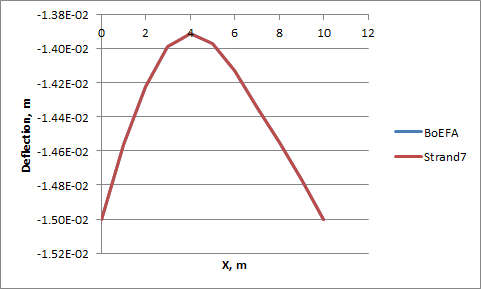 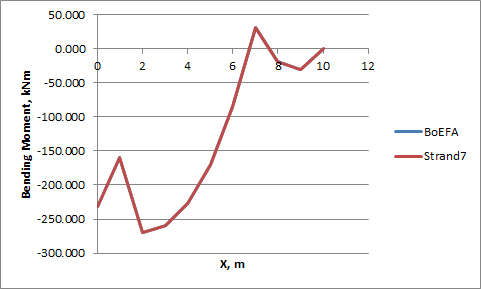 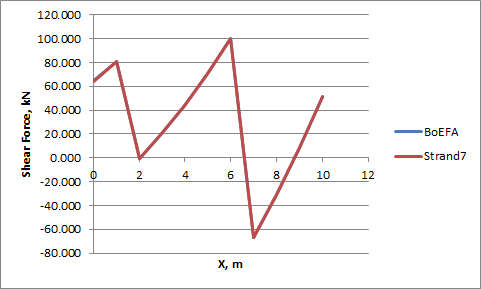