Tam Lin is a Scottish folk tale and song dating from 1549 or earlier. It is set at Carterhaugh (not Carter Hall), which is a real place. 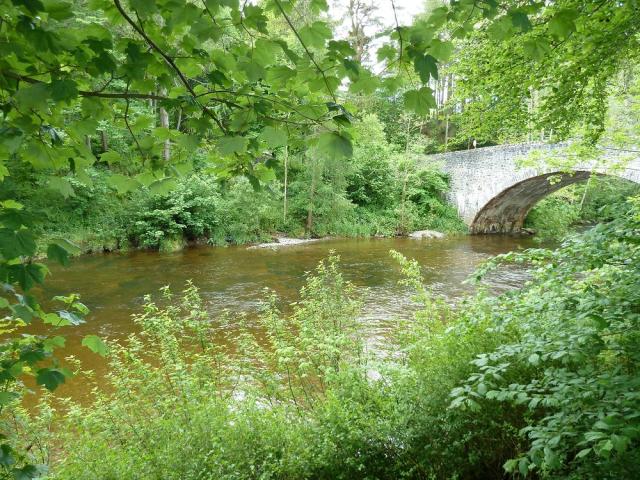 The song was widely re-interpreted in the British folk revival, most notably by Fairport  Convention in their 1969 album Liege and Lief.  The recording below is an excellent live version recorded for the BBC’s Peel Sessions:

The song was also recorded by The Pentangle (for a 1972 film that somehow entirely escaped my attention at the time), but not released until many years later.  The You Tube video has been viewed just 52 times up to today:

Finally a very different version from Steelye Span, which sounds better each time I listen:

Lyrics of the Fairport Convention version:

She’d not pulled a double rose, a rose but only two
When up there came young Tam Lin says “Lady, pull no more”

“And why come you to Carter Hall without command from me?”
“I’ll come and go”, young Janet said, “and ask no leave of thee”

Well, up then spoke her father dear and he spoke meek and mild
“Oh, and alas, Janet,” he said, “I think you go with child”

“Well, if that be so,” Janet said, “myself shall bear the blame
There’s not a knight in all your hall shall get the baby’s name

“Oh, tell to me, Tam Lin,” she said, “why came you here to dwell?”
“The Queen of Faeries caught me when from my horse I fell

For I’ll ride on the white steed, the nearest to the town
For I was an earthly knight, they give me that renown

Oh, they will turn me in your arms to a newt or a snake
But hold me tight and fear not, I am your baby’s father

Then up spoke the Faery Queen, an angry queen was she
Woe betide her ?ill-fought? face, an ill death may she die

“Oh, had I known, Tam Lin,” she said, “what this knight I did see
I have looked him in the eyes and turned him to a tree”