A simple way to visualise the effect of shrinkage on the strains and stresses in a reinforced section is to apply an imaginary external compressive axial force to the reinforcement, so that it follows the unrestrained shrinkage strain of the concrete, with no change to the concrete stress.  If the external force is then removed the state of stress and strain in the section will be the same as for a section that has undergone shrinkage with no change to the external loads (except for the effects of creep, which will be discussed later).  This analysis is illustrated below: 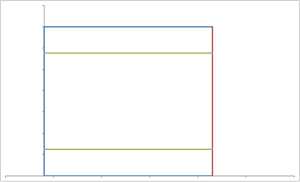 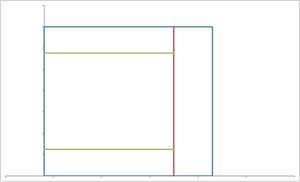 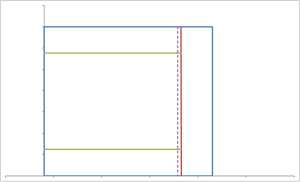 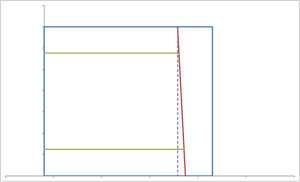 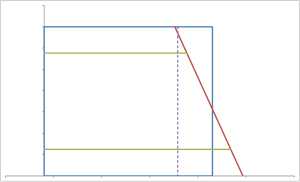 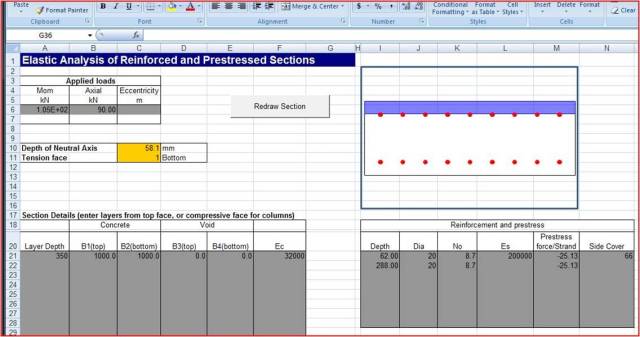 Creep is the increase over time of strain due to applied load.  Creep typically increases the strain in the concrete by a factor of the order of 3, and must therefore be considered in assessment of the long term behaviour of concrete structures.  The reinforcing steel is also subject to creep strains, but at typical reinforcement stresses the effects are negligible (except for prestressed reinforcement, where the relaxation of prestress due to creep must be considered).  Since shrinkage results in a change of stress in the concrete, this interacts with creep effects.

The effect of creep strains could in principle be analysed in the same way as shrinkage, by the application of a virtual prestress to the reinforcement, but since the magnitude of the creep strain is proportional to the stress in the concrete, the magnitude of the virtual prestress is dependent on the stress in the concrete after completion of creep, so an iterative procedure would be required to find the correct level of prestress.  A simpler approach is to use an “age adjusted modulus” for the concrete, so that the analysed strain in the concrete includes both elastic and creep strains.  For a creep coefficient of Ø the age adjusted modulus is given by Et / (1+ Ø), where Et is the elastic modulus of the concrete at the time of loading.

Having found the concrete stresses after creep using the age adjusted modulus method, it is possible to find the equivalent virtual prestress that will result in the same stresses and curvature in the section.  The virtual prestress for creep is given by Es ec Ø / (1+ Ø), where Es is the elastic modulus of the reinforcing steel, and ec is the total strain in the concrete at the level of the reinforcement, as determined by the age adjusted modulus method.  This prestress is then applied in conjunction with the unreduced concrete modulus, giving exactly the same end results for stresses in the concrete and reinforcement, and strains in the reinforcement.  Examples of these methods of calculating creep strains are shown below: 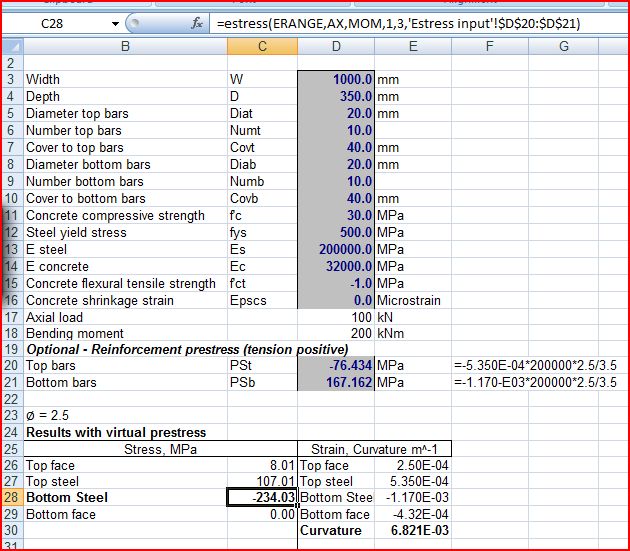 To combine creep and shrinkage effects, a simple method that is satisfactory for many purposes is to use the age adjusted modulus method for creep, and the virtual prestress method for shrinkage.  Whilst this method will usually give a result within the order of accuracy of standard materials properties, it does introduce several avoidable inaccuracies:

All of these factors can be included in a time step analysis as described below:

A spreadsheet performing this analysis, with examples based on real projects, will be included in the next post in this series.

This entry was posted in Concrete, Newton and tagged AS 3600, Concrete, creep, Eurocode 2, shrinkage. Bookmark the permalink.