Over at Daily-Dose-of-Excel mrt has posted an interesting VBA version of a Matlab program that used an Iterated Transfer Function to plot a graph resembling a fern.  The original Matlab code came from Dr Tom Wood, and Michael’s VBA version works just fine, but I took the liberty of making a few changes to suit my own tastes:

The resulting spreadsheet, including full open source code, can be downloaded from Fern Chart.zip.  Note that I have changed the number of points to 1000 to keep the file size down.  Around 30,000 points will work with pre 2007 Excel, and also gives the most pleasing results. 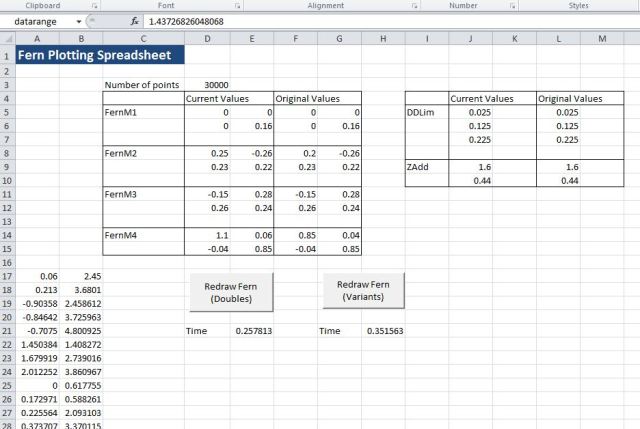 Input and top of output values for 30,000 points

And four different ferns generated with the FernM4(2,2) parameter varied between 0.8 and 1.05 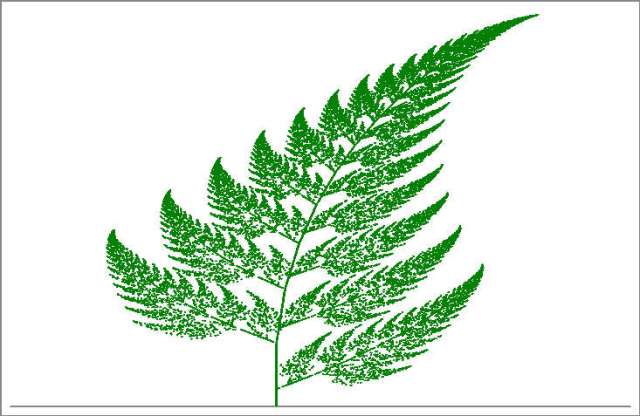 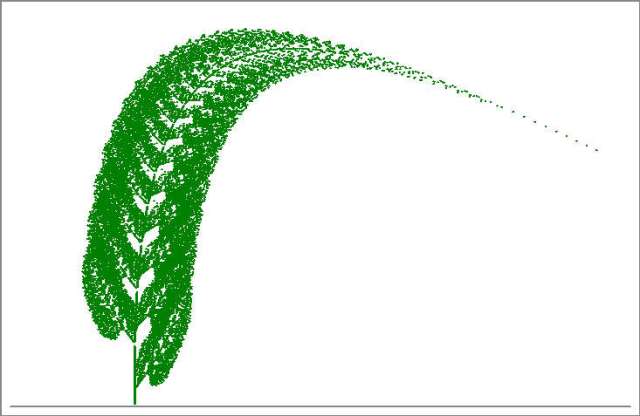