Strand7 is a general purpose Finite Element Analysis program, which has an Application Programming Interface (API), allowing external programs to interact with Strand7, including reading and writing to data files, running analyses, and reading the results.  The API is a comprehensive program, allowing control of almost all aspects of the software, but it is also very complex.  The manual consists of over 1000 pages of detailed technical information for instance.  To make the API more useable in a design environment I have written an Excel based front end, allowing the main functionality of the API to be accessed without programming, through a series of VBA routines and User Defined Functions (UDF’s).  A demonstration version of this spreadsheet may be downloaded from S7 API Tools.zip.  Unlike the other software on this site, this spreadsheet is intended for demonstration purposes only, and all the VBA code is hidden.  Future post on this blog will however cover the main elements in setting up an API application, including open source code.

The features of the spreadsheet are listed in the two screenshots below.

The following screen shots illustrate the process of importing a Strand7 data file (using the Suspension Bridge example included in the Strand7 Bonus Models pack), modifying the properties of the main suspension cables over a range of values, running the analysis and importing deflection results into Excel: 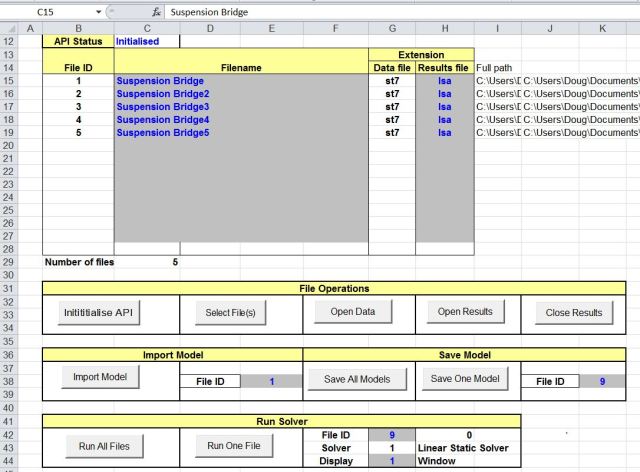 List the data files, and import from data file 1 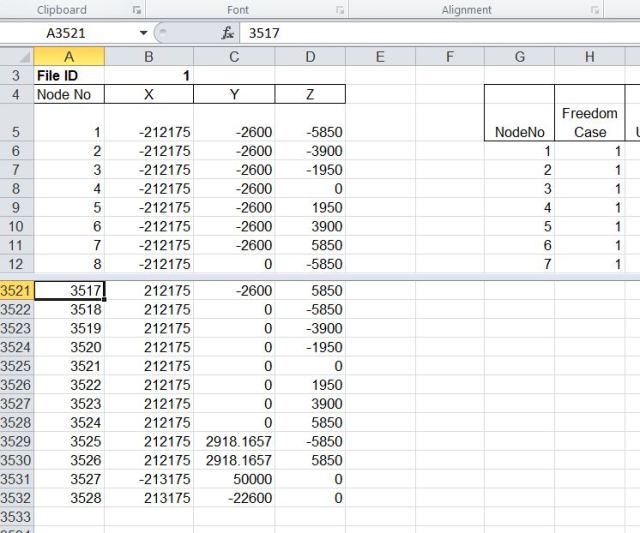 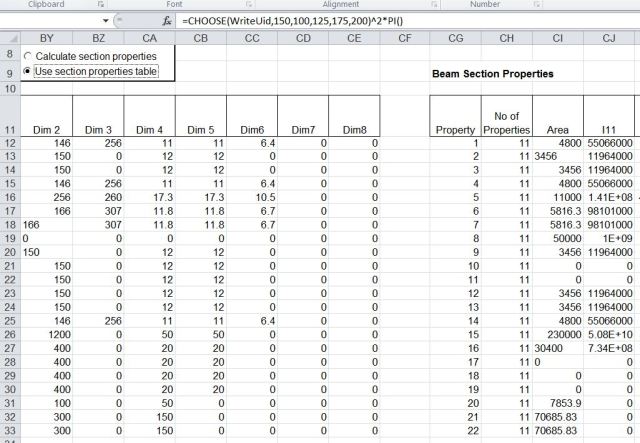 Enter formulas to modify beam properties of the required range 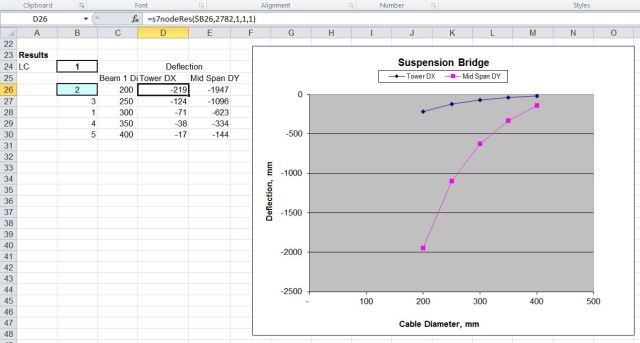 7 Responses to Using the Strand7 API