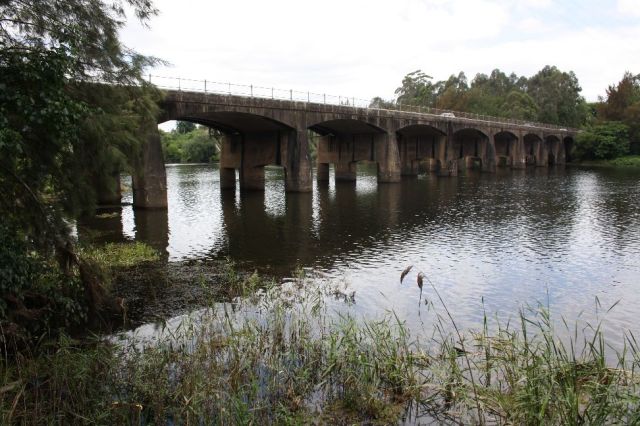 Hawkesbury River Bridge from the North-West 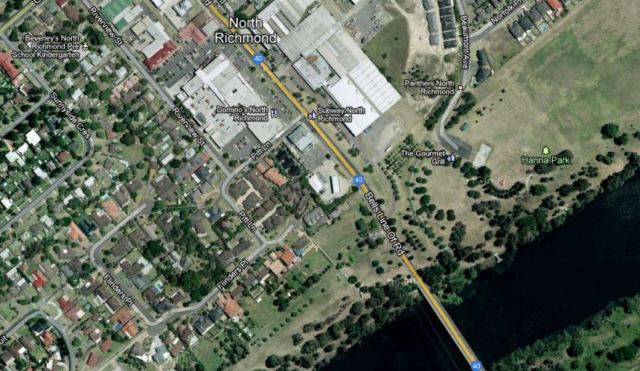 The bridge is one of a few examples of the Monier arch system in New South Wales.  The system was developed by Joseph Monier and licenced in Australia to the firm Carter Gummow and Co. and later to the firm Monash and Anderson.  Most of the structures built in Australia are in Victoria, including the Anderson Street Bridge in Melbourne.  The history of the structures in Victoria has been well documented, and can be found at Monash & Anderson’s Monier Arch Bridges.

The North Richmond Bridge is documented by the NSW Government Office of Environment and Heritage. 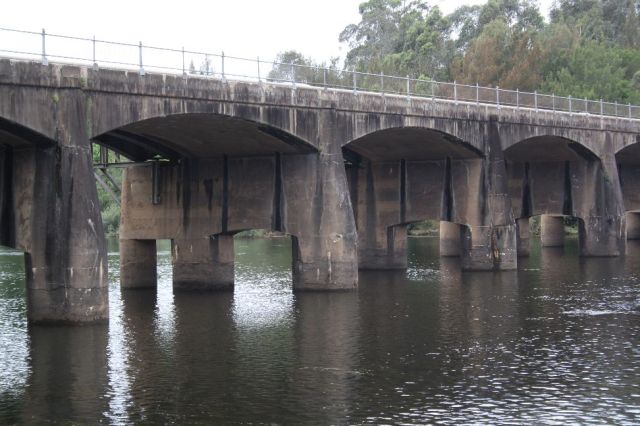 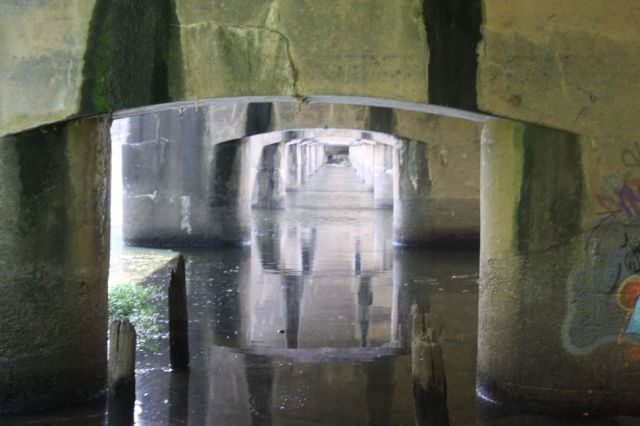 The northern end of the bridge can be accessed from Hanna Park, immediately to the north, which has an access path under the bridge, the path providing excellent views of the bridge and along the Hawkesbury River in both directions. 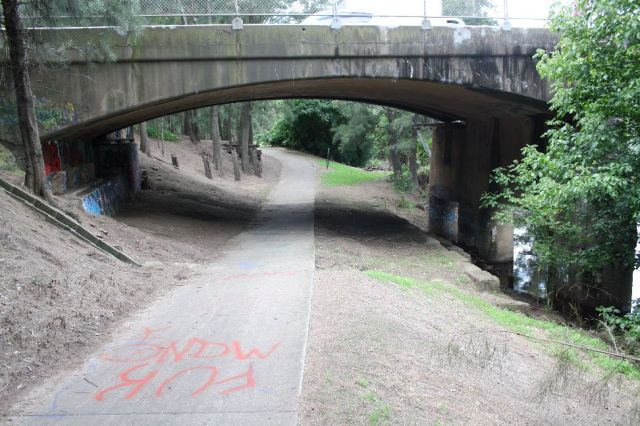 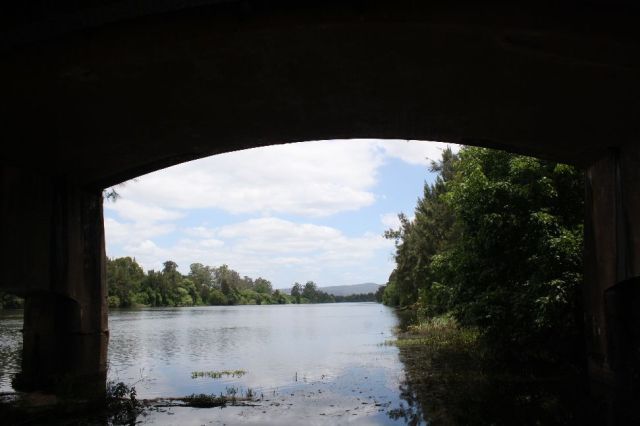 In 1926 the bridge was widened with the addittion of an additional pier and two steel girders, supported on steel rocker bearings, to provide a rail line, which has since been removed and replaced with an additional road lane. 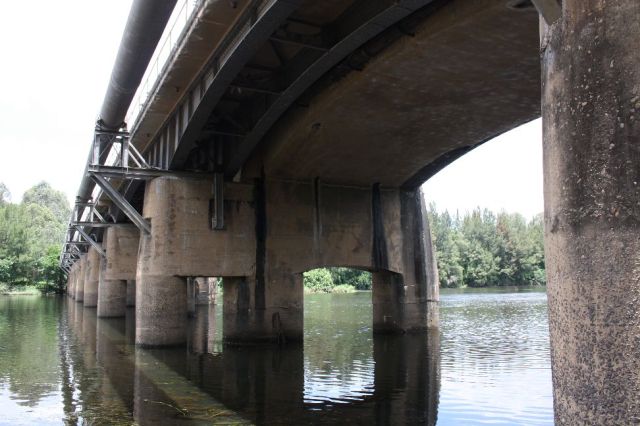 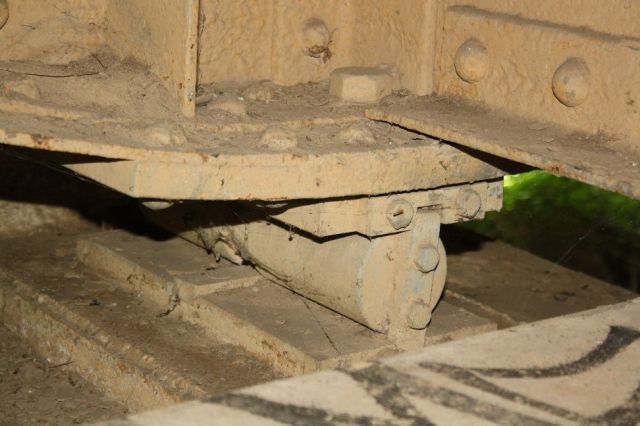 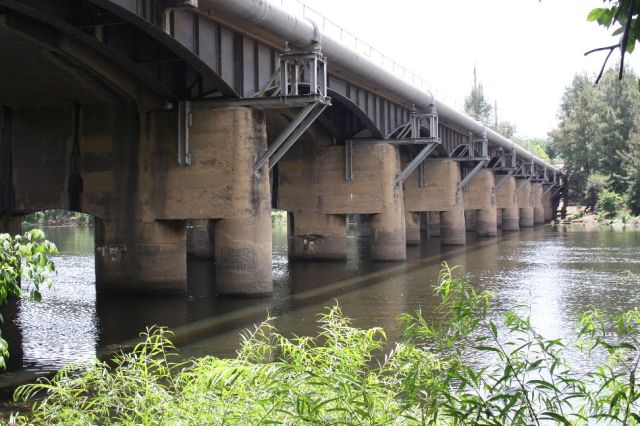 The south end of the bridge is not so easily accessible, the banks being heavily overgrown with weeds. 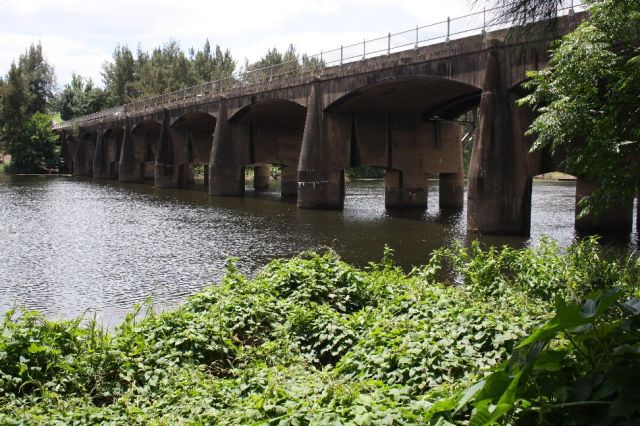 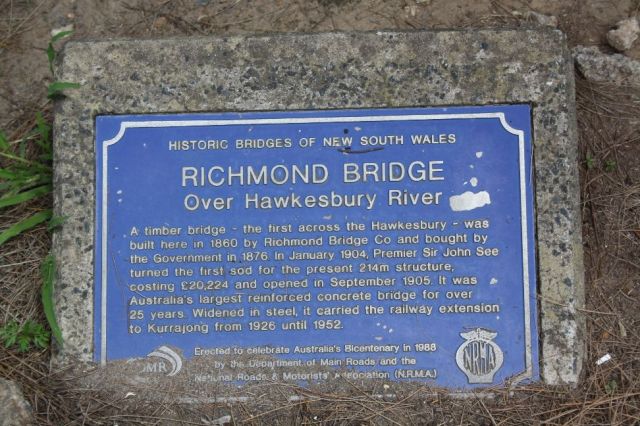 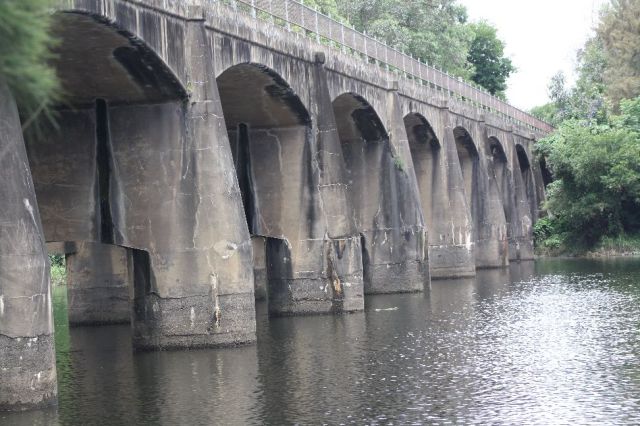 2 Responses to The Hawkesbury River Bridge at North Richmond, NSW