Late in the 19th Century a group of Londoners decided that London should have a tower taller and grander than the Eiffel Tower.  A competition was held, and construction started at the then rural area near Wembly, but construction and financial difficulties led to the cancellation of the project when it had only reached 47 metres height.  “The London Stump” was eventually blown up and sold for scrap in 1904.

The document detailing all 68 entries to the competition can now be viewed on-line:

The link above has a copy of the complete competition catalogue, including drawings and descriptive text of each entry: 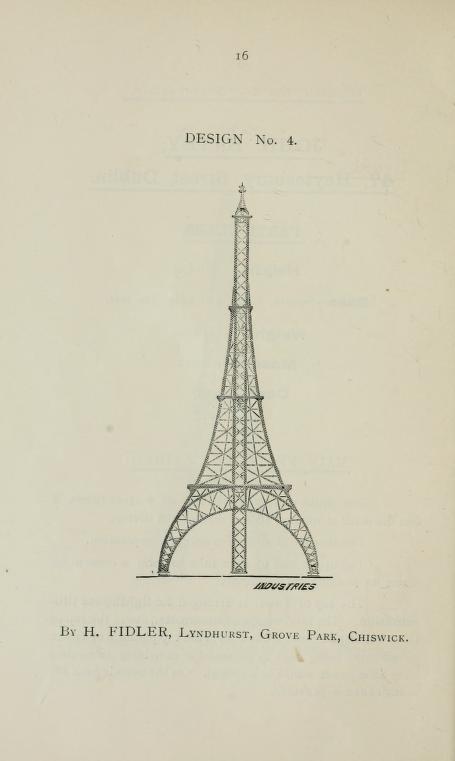 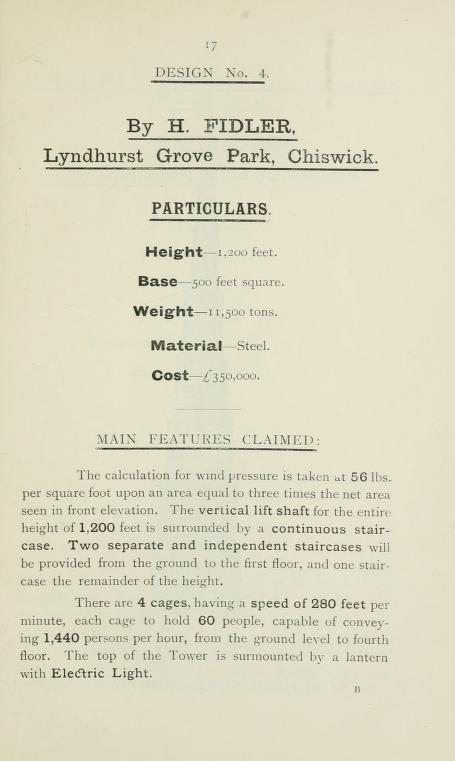 Also see: A Doomed Attempt at Out-Eiffelling Eiffel for images and commentary on a selection of the entrants.