Following from the previous post, nearly all of the 68 designs for the Wembley Tower were in steel or iron, but there was just one with a truly unique design feature, it was to be built of concrete: 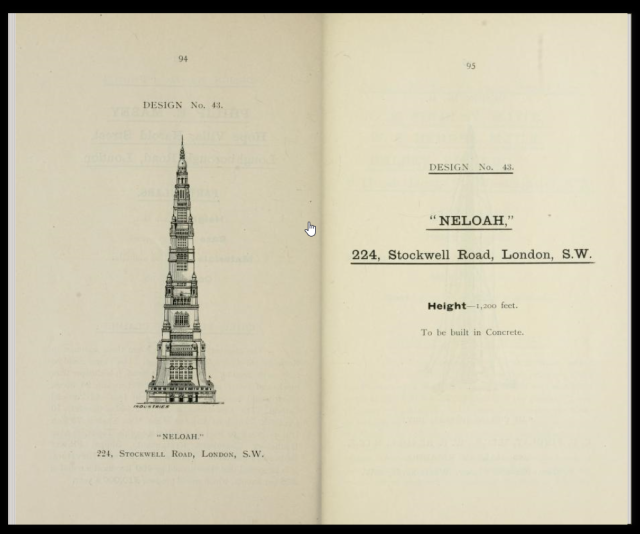 If it had won the competition, and been successfully completed, it would have been by far the tallest concrete structure in the World, and would have remained so until the completion of the Toronto Tower over 80 years later: