I have now updated the stress block comparisons using the factors in the 2018 version of AS 3600, comparing 3 stress blocks:

The graphs below are for the following cross section:

Results below plot axial load against bending moment for a range of concrete strengths, with and without capacity reduction factors:

At 32 MPa  the unfactored results from the two rectangular stress blocks are close, with the new AS 3600 being slightly more conservative at mid to high axial loads.  The P2 results are significantly higher in this range. 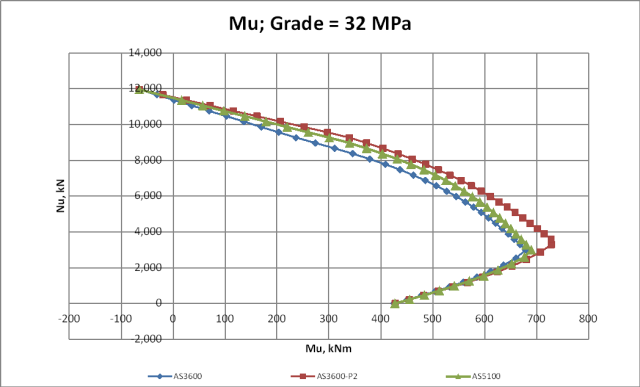 At 50 MPa  the difference between  the two rectangular stress blocks increases, and the increase in strength for the P2 results is also greater. 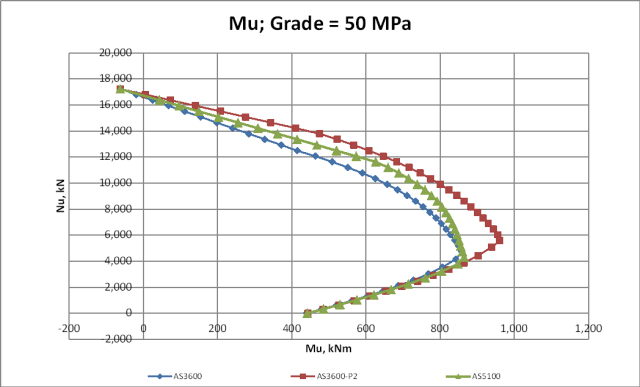 At 65 MPa the AS 5100 and the P2 results are very close over the full range.  The new AS 3600 results are again lower for axial loads above the balance point. 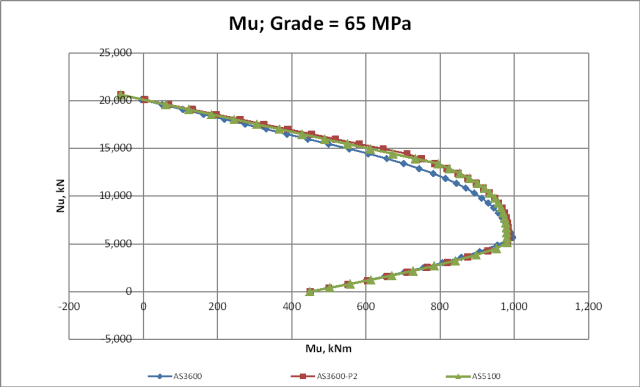 At 90 MPa all three results are close over the full range: 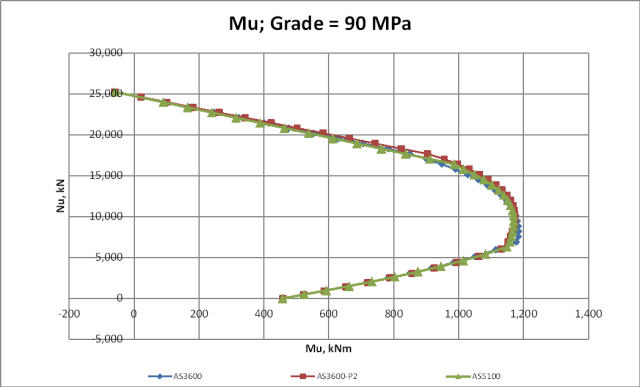 The new AS 3600 capacity factors (Phi) are increased as follows:

In the graphs below the new factors are applied to the AS 3600 and P2 results, but the AS 5100 results use the old factors. 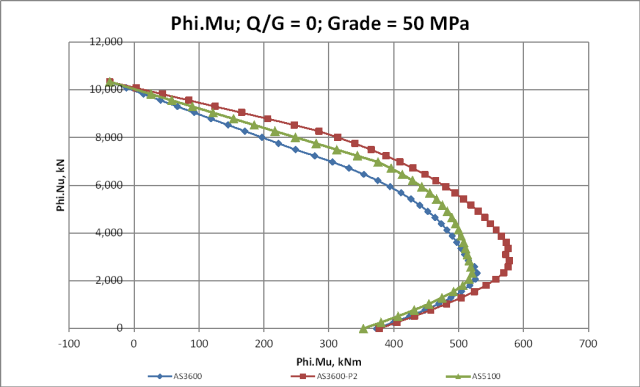 At 90 MPa all three curves are similar above the balance point, but the AS 3600 and P2 results are greater for low axial loads: 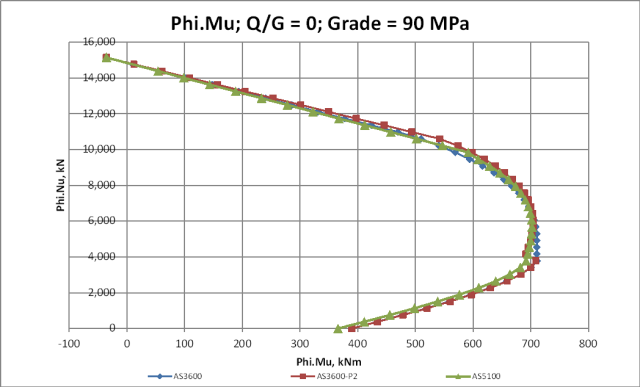 For a Q/G of 0.25 or greater the increased Phi factor makes the new AS 3600 results greater than AS 5100 over the full range.  The P2 results are equal to AS 3600 for low axial loads, and significantly higher at mid to high axial loads: 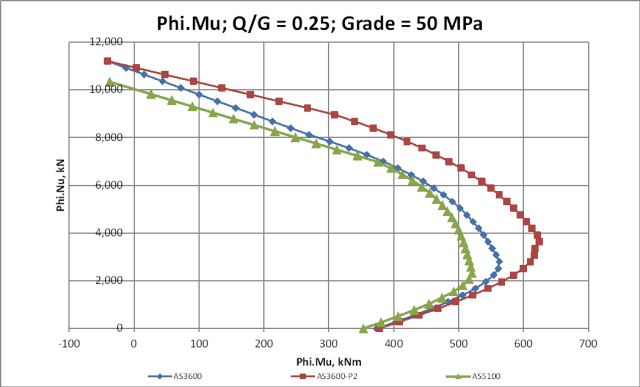 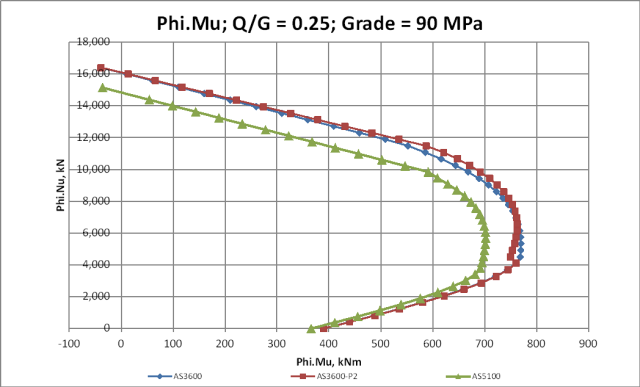 The graphs below show the concrete contribution to the bending moment, and the depth of the Neutral Axis, for axial loads up to the decompression point (neutral axis at the “tension” face), for 50 MPa concrete.

Compared with the P2 curve: 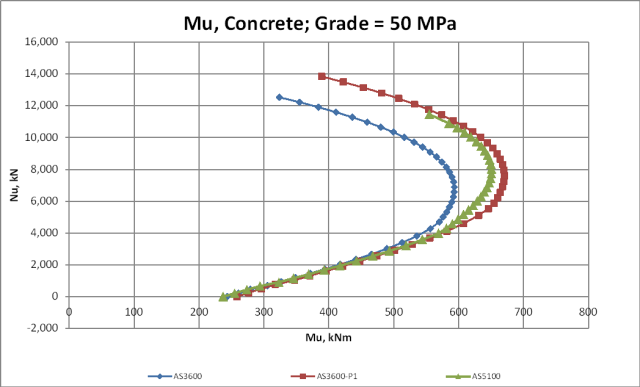 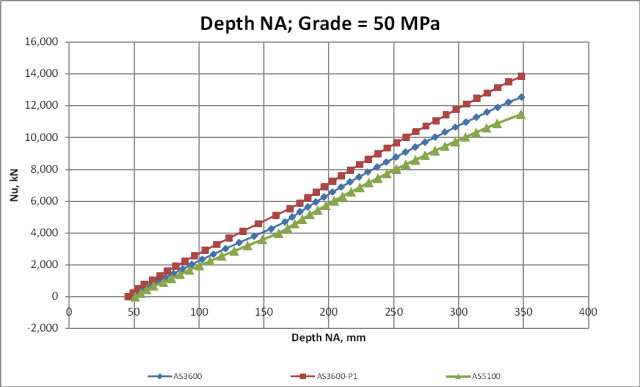