350 Years of Science from the Royal Society

“Welcome to Trailblazing, an interactive timeline for everybody with an interest in science. Compiled by scientists, science communicators and historians – and co-ordinated by Professor Michael Thompson FRS – it celebrates three and a half centuries of scientific endeavour and has been launched to commemorate the Royal Society’s 350th anniversary in 2010.

Trailblazing is a user-friendly, ‘explore-at-your-own-pace’, virtual journey through science. It showcases sixty fascinating and inspiring articles selected from an archive of more than 60,000 published by the Royal Society between 1665 and 2010.” 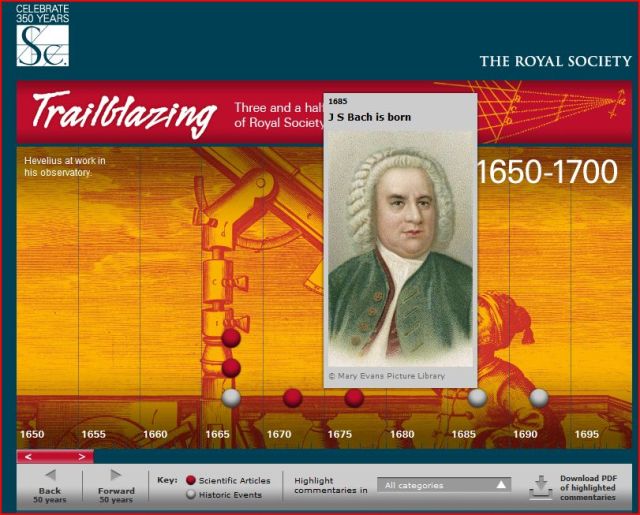 Papers from The Royal Society

This entry was posted in Newton and tagged papers, Royal Society. Bookmark the permalink.