A mystery curve links to Jupyter

Reviewing some of my less visited links recently, I was intrigued by a post at The Math Less Travelled:

The previous post at the site provides more details of the source of the curve, and some links to an interactive curve generator written in Python, using the Jupyter Notebook. I hadn’t heard of the Jupyter Project, and I will certainly be taking a closer look in the future, but for now I thought I would have a go at creating the curve generator in Excel, which turned out to be surprisingly easy, with no coding required.

The curve is defined by the equation:

I have generated these values in Excel in three stages so each component of the curve can be plotted separately, and we can also add a fourth level, as shown in the screenshot below:

The links t0 Sheet2 allow the factors for the curve to be easily changed.  The formulas for Curve 2 can then be copied across for Curve 3, and an additional Curve 4 is added.  The formulas in Row 3 are then copied down as far as required.  Finally the actual values to be plotted are extracted in Colums K and L with:
=INDEX($B3:$I3,K$2)
=INDEX($B3:$I3,L$2)
which are also copied down to cover the full range.

Finally values are entered in the appropriate cells on Sheet 2, and the values in Columns K and L are plotted as an XY (Scatter) chart on Sheet 2, resulting in: 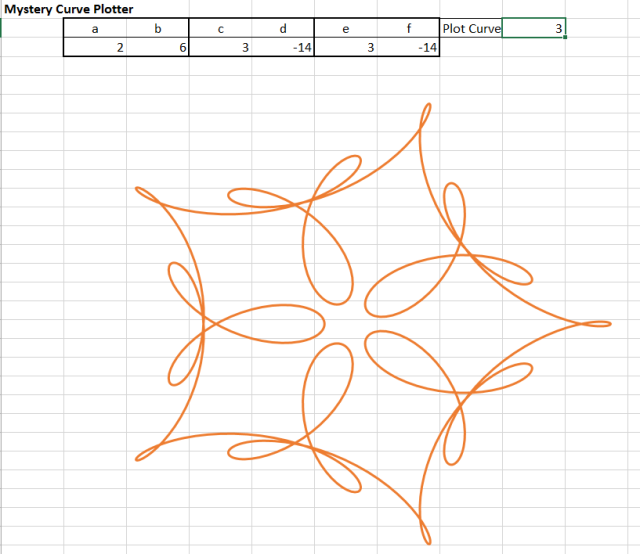 We can now experiment with different curves simply by entering different values under a to f, and choosing which curve to plot. Entering the same factors as c and d under e and f, and selecting curve 4 generates: 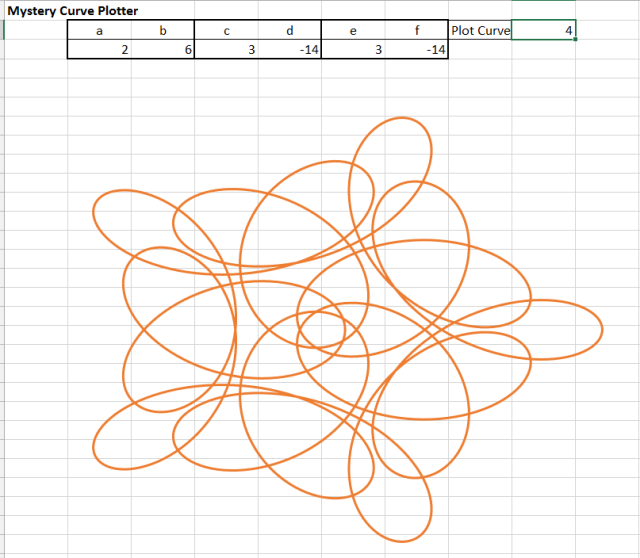 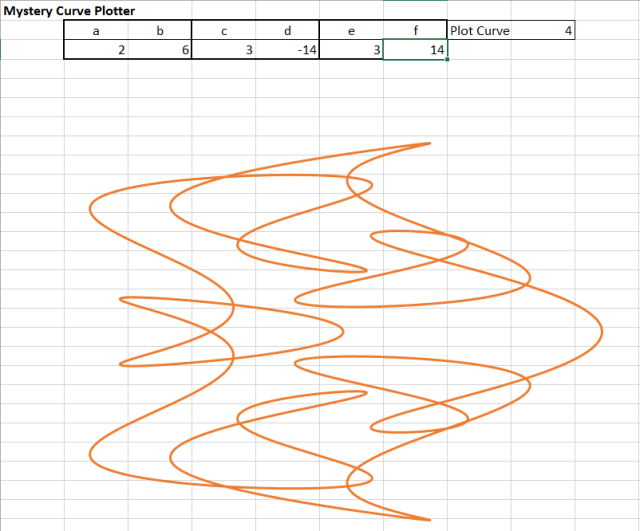 And increasing the value of e: 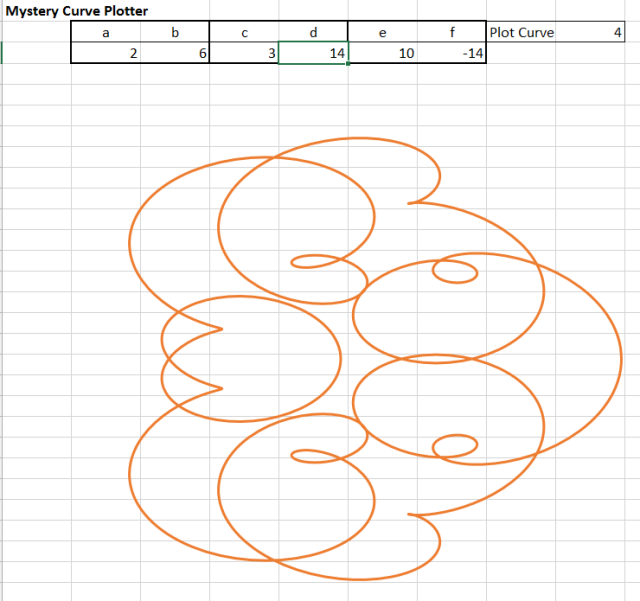 The spreadsheet can be downloaded from MysteryCurve.xlsx.
No open source code this time, because there is no code.
Feel free to add slider bars and animation!

If you wondered why my plot looks a bit different to the one in the link, it’s because I didn’t get the function right; the third term is multiplied by i/3, not 1/3.  That makes it a bit more complicated, but it can still be done in code-free in Excel.  I have updated the spreadsheet using the functions Complex(), IMProduct(), IMExp(), IMReal(), and Imaginary().  See the download spreadsheet for details, or just enjoy the corrected image below: 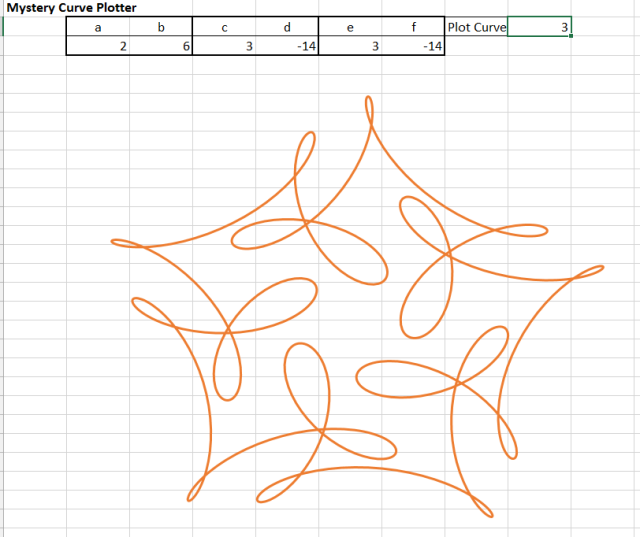 2 Responses to A mystery curve links to Jupyter