Images based on Pythagorean tiling, Penrose tiling, and projections onto the Riemann Sphere by PM2ring, a regular contributor to the ABC Self-Service Science Forum (words by the artist):

Various renderings of a Pythagorean tiling. Mostly using the 3,4,5 triangle. This tiling has been called a “wordless proof” of Pythagoras’ Theorem. It shows by dissection that the area of the “shadow” square on the hypotenuse is equal to the sum of the areas of the squares on the two other sides. IMHO, it’s not quite a wordless proof, since you still have to prove that the large squares are really squares & not just rhombuses. 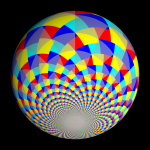 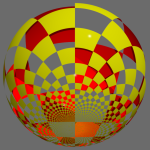 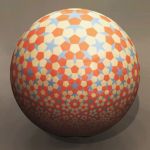 The floor shows two versions of Penrose tiles, which are intimately related to root(5) and the Golden ratio, so it’s kind of on topic. 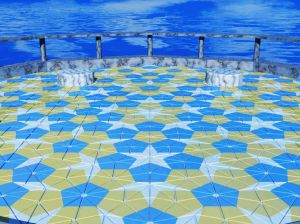 A 16 colour checker pattern, displayed on the Riemann Sphere. 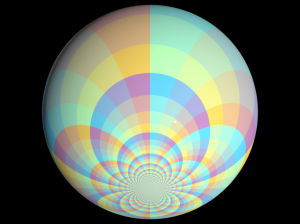 More Riemann Sphere pics. These images look a bit flatter than the first one because they use uniform lighting. 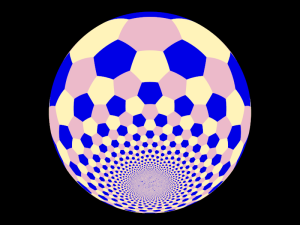 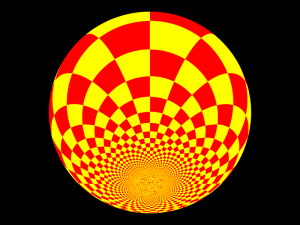 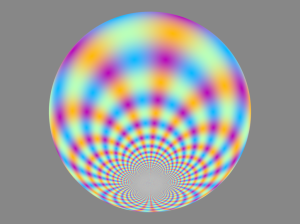 Pythagorean tessellation on the Riemann Sphere. 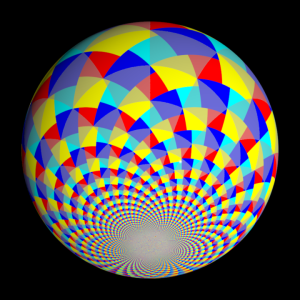 A checker pattern, with half the squares clear. The other squares are yellow on the outside of the sphere & red on the inside. 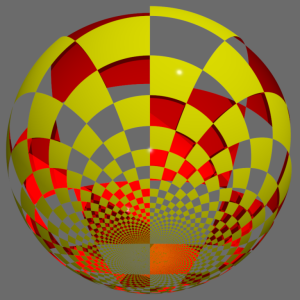 The next two pictures use various raytracing techniques to achieve a more photorealistic image. 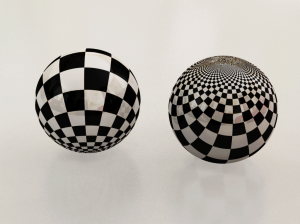 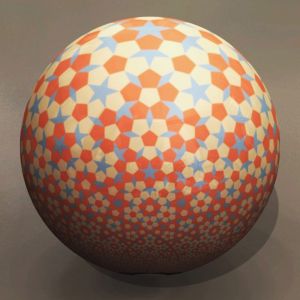 3 Responses to Pythagoras, Penrose and Pov-Ray