At the end of last year I updated the Macaulay spreadsheet to include shear deflections for continuous beams, but this facility was not added to the Cantilever function.  That has now been fixed in the latest version, that can be downloaded from: Macaulay.zip.

The screen-shots below show input including shear stiffness values, and output results compared with results from the Strand7 FEA program.  It can be seen that there is near exact agreement for shear force, moments, and deflections. 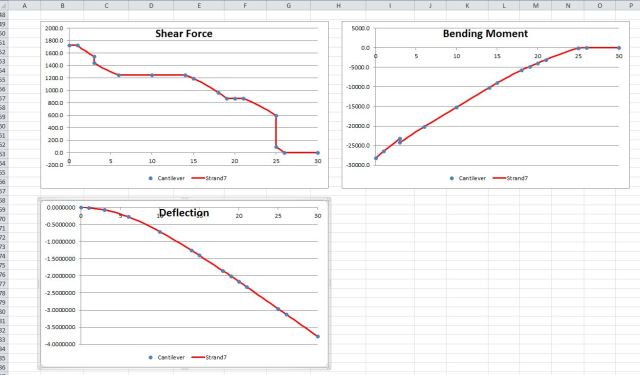 1 Response to Cantilevers with shear deflections